Over a hundred senior executives and prime industry figures flocked to the Conrad Bangkok on September 20 for the awards night in Thailand. The gala night featured 64 awards this year as nominations jumped to 135.

The awards were expertly judged by John Yeap, Partner, Head of Energy – Asia at Pinsent Masons, and Mark Hutchinson, Managing Director at AWR Lloyd, and Mike Thomas, a partner at The Lantau Group. John Goss, Managing Director of Ceejay AOD, also gave a speech at the awards ceremony on behalf of the judges.

Asian Power publisher Tim Charlton congratulated the awardees, saying "On behalf of the Asian Power team, we are humbled and again grateful for spending your time with us tonight. We are honoured to turn the spotlight on 2017's key players who bested others in a drive for efficiency, sustainability, and productivity in the power sector." 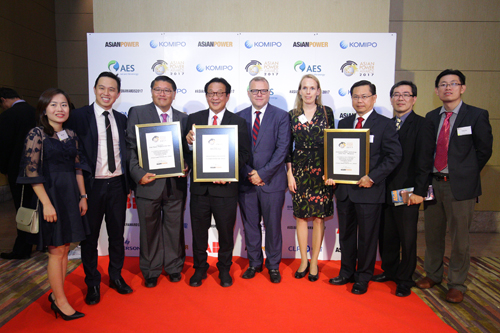 The company's investment in Jordan's oil shale plant is its first in the Middle East, and the firm is seeking to expand its investments in the region in the infrastructure, water, roads, communications, tourism and industry sectors.

According to Yeoh, construction work has begun at the site of the US$2.1 billion oil shale-fired power plant, which will generate about 470 megawatts annually, about 15 percent of Jordan's overall electricity production.